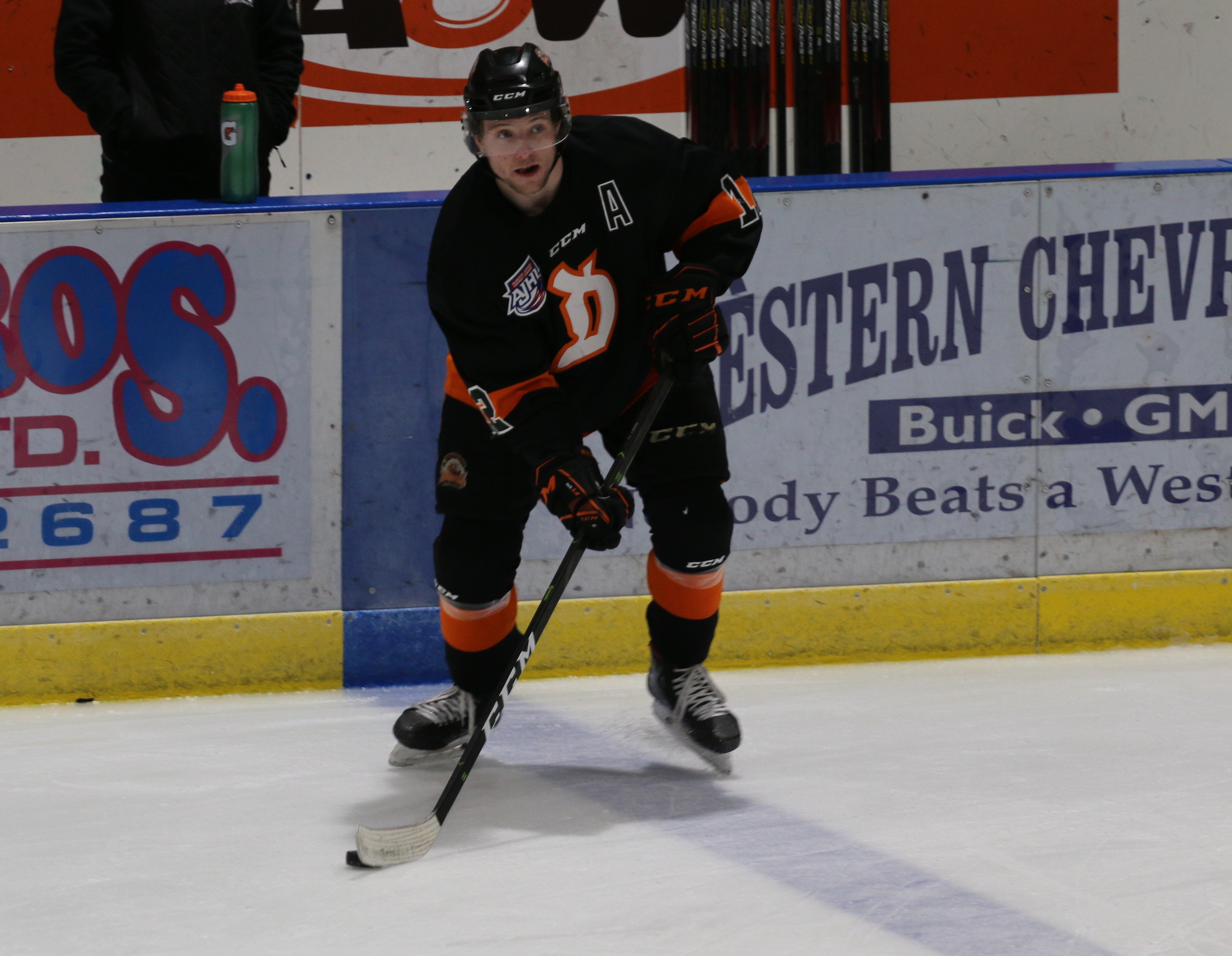 Posted On February 4, 2020 By Bryan Wilson Posted in AJHL, NCAA

It was the first opportunity for Drumheller Dragons forward, Brady Risk, to view his future hockey home, when he and his teammate recently toured the facilities at Alaska Fairbanks.

Often, players will be invited on a ‘fly-down’ to post-secondary programs as a way to introduce and entice prospective players. It was a little different for Risk, who had already committed to the Alaska Fairbanks Nanooks (NCAA Div. 1) in 2020-21, however, he had yet to make an official visit.

The Alaskan adventure was an eye-opening experience for the 20-year-old from Medicine Hat, Alta.

“It shattered all my expectations,” revealed Risk. “I had a great time up there, the guys did a really good job of welcoming me in. The facilities were awesome, the coaching staff was great, they really have a strong vision of where the program is headed and I’m very excited for next season and the yars to come.”

Accompanying Risk on the trip was fellow Dragons’ forward and line-mate, Eric Martin. At age 19, Martin is now beginning the process of planning for his post-secondary future and is putting together a solid second season in the AJHL, which will no doubt generate interest from around the NCAA.

Of course, it is always nice to have a travel companion, and it was no different for Risk and Martin.

“Yeah, it was definitely a little easier when meeting the guys” admitted Risk. “Just having (Martin) with me, I think we helped each other, just knowing that we were there together. We had a couple of 4-hour layovers at the airport, so it was nice to have him to talk to at the airport.”