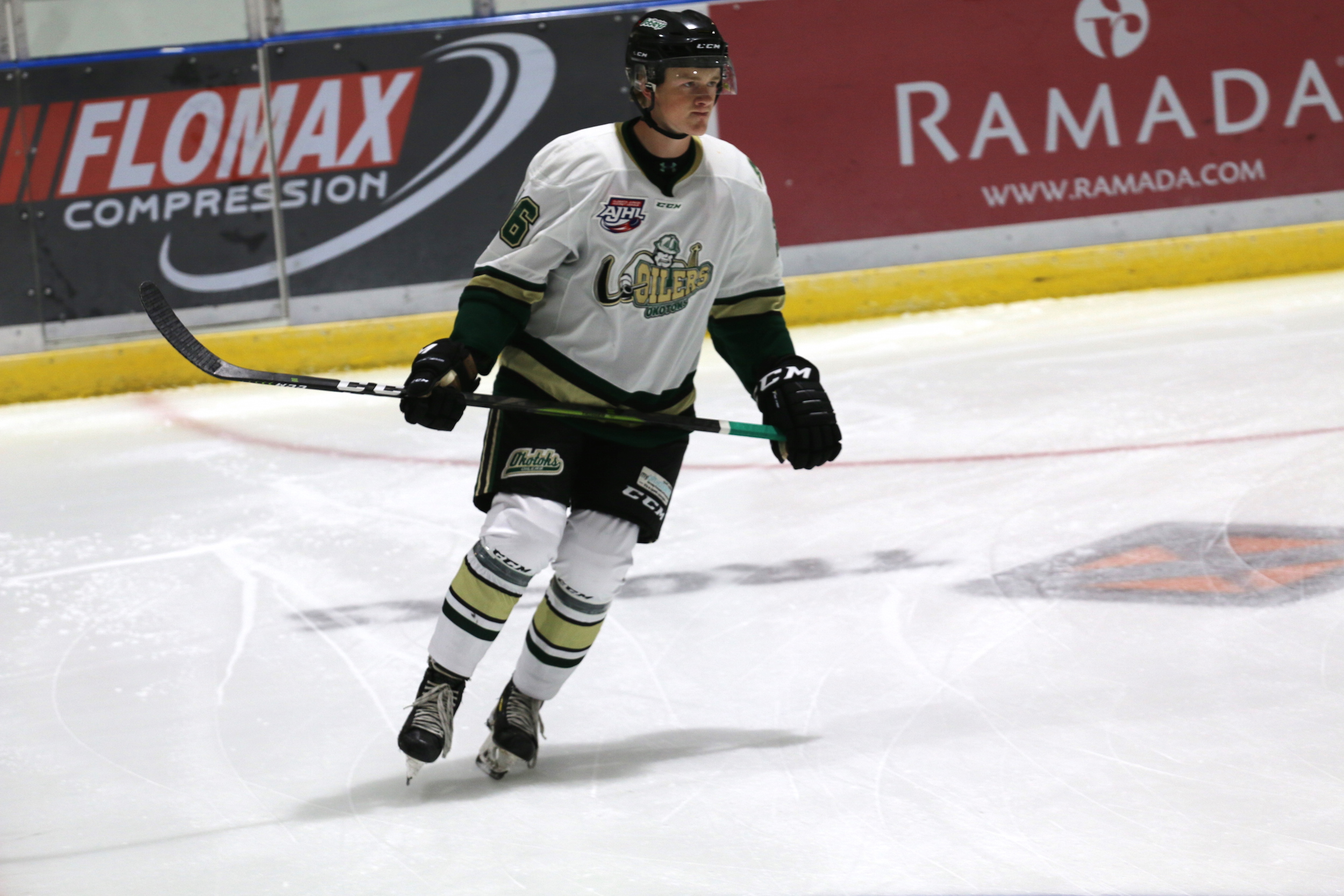 The Okotoks Oilers of the Alberta Junior Hockey League (AJHL) have announced that Seth Bernard-Docker (’01) has committed to the University of Denver Pioneers (NCAA Div 1) for the 2021-22 season.

Not only has he been a leader on the Oilers, but he has made notable progression throughout his AJHL career so far. Oilers Head Coach / General Manager / Director of Hockey Development, Tyler Deis, commented, in a statement from the team, on Bernard-Docker’s progression with the Oilers.

“Seth’s evolution from an affiliate player to now an everyday defenceman in the AJHL is remarkable,” admits Deis. “His work ethic, ability and grit have made it a pleasure for us as a coaching staff to watch, as we put him in every situation we’re faced with during a game.” FULL STATEMENT HERE

Including Bernard-Docker, Okotoks now has nine players committed to NCAA Div. I programs on their 2020-21 roster.