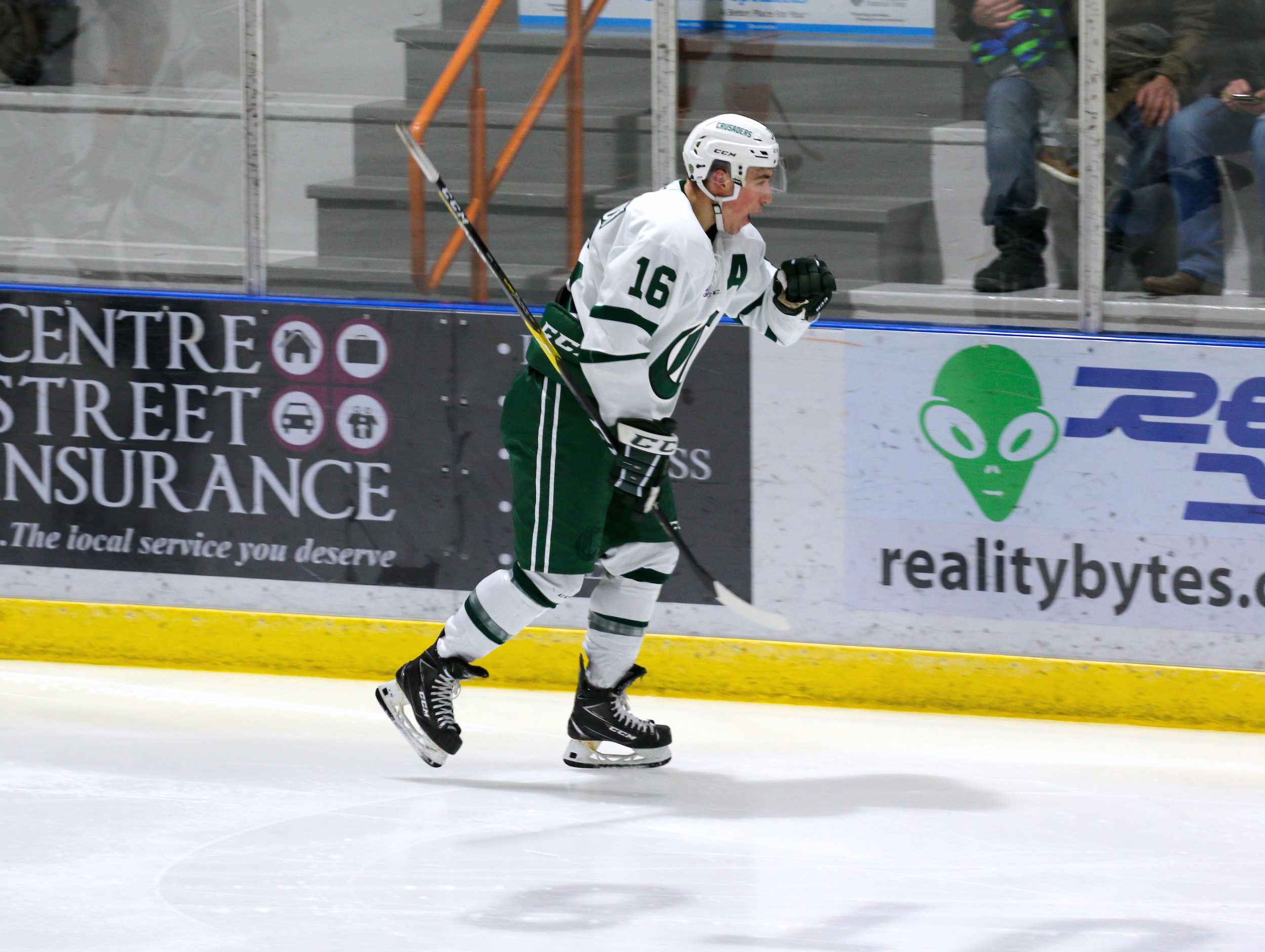 Sherwood Park Crusaders forward William Zapernick (’99) will join the University of Vermont Catamounts (NCAA Division I) for the 2020-21 season.

Zapernick (Edmonton, Alta.) has been a member of the Crusaders since 2017-18, appearing in 174 games over a three-season span. His 75 goals and 184 points is the seventh most in Crusaders’ franchise history and he was able to find that success on a dynamic top line playing with Arjun Atwal and Carter Savoie last season.

Crusaders general manager, Kyle Chase, admitted that it will be a tough task indeed to fill the skates of Zapernick moving forward.

“Will (Zapernick) has been a major contributor to the development and growth of our organization,” Chase revealed in a statement. “His character and leadership on and off the ice and will be difficult to replace.”